Well it is never hard for me to decide what city I like to spend the last part of vacation in.  I’m not sure what first attracted me to Salt Lake City, Don will probably tell you the shopping.  We’ve gotten so that this is a last stop on our way home in the spring.  Typically have stayed at Provo Lake State Park, on the far south side.  This year we decided for the purpose of our mad dash out the morning of departure that we would try a place on the far north end.  Every time we drive the I15 and see the signs for Willard Bay State Park we are curious, so this time we made a stop.  There are 2 areas to camp in, the South Marina and the North.  Although we stayed at the North, we would recommend the South.  They both have full services (North $30 and South $25 per night), but the biggest difference is the proximity to the highway.  The South Marina Campground is quite a distance out, and far quieter and secluded.  However we didn't explore the South until we were set up, and after boondocking for so long, the noise was going to be noise no matter where we settled!
We spent our time here trying to mentally transition into the trip home, and the weather cooperated by being downright ugly.  The fireplace went non stop to ward off not just the cool temperatures but also the damp form rain and SNOW!
We did make a tourist drive to Antelope Island State Park.  It honestly didn't seem like a place we would camp in but the scenery was lovely.  We did spot an antelope wandering but predominantly the wildlife were buffalo. 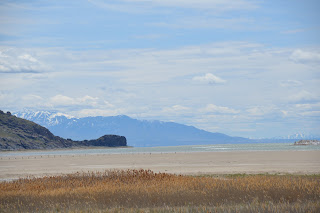 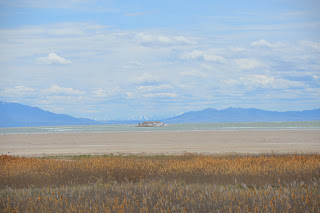 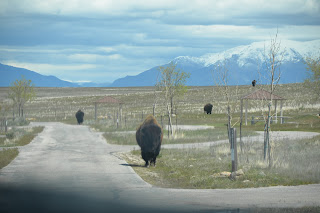 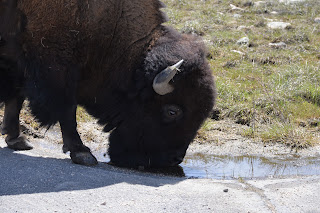 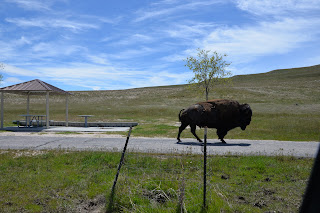 Well this blog ends our vacation.  We are ready to head home at least for awhile.  I don't think our summer is going to be as busy as last year, but never say never right?
I will try to keep you updated, but you know I am not too great at that.
Thanks for coming along with us again.