That would be Stewart's Point near Overton Nevada. If I’ve told you too many stories about this place oh well. Prior to the water levels in Lake Mead receding to a point of shutting down resorts, boat launches and facilities, there were plans for an upscale lake community called Stewart’s Point. I am not going into a bunch of logistics because I cannot find what I feel are reliable documents to support the facts, but I do know that people built homes and cottages at this lake area and it is has since been shut down, or perhaps other then the zealous firsts, never came to fruition at all. There are about 15 properties left, and all appear to have residents by the activity noted.
The area we camp on is shown as Lake Mead on the GPS, but from the growth and roads, it is obvious there has been no water at this level for years. The launch site and beach just north of us, Overton Beach, has been closed since we first started trekking down here, although the first year you could drive to the launch, but since then it has been barricaded off. If you are interested spend some Google time on the area and Lake Mead itself, to gain an understanding. 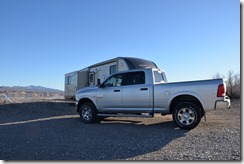 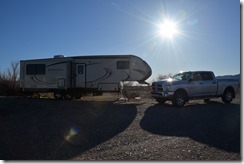 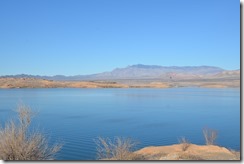 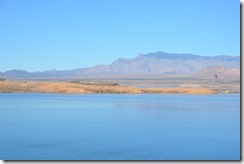 The town of Overton looks small at first, but the service area is quite large, and the shops and stores have done an excellent job of maintaining a community.
There are several boondocking locations in this area. Poverty flats is closer to Overton and a very busy area. We don’t mind neighbors although some boondockers do, but what we prefer about Stewart’s Point is the water view. Seeing water when in a desert like area is refreshing. If you want to use an app to locate basically any type of camping facility from boondocking to extravagant costly RV parks, Campendium is fabulous!
We are also very close to Valley of Fire park, renowned for it’s bright red rock. The photos below are just a tease of what you actually see. This is a picnic and small hike area on the road to Las Vegas and not part of the Valley of Fire, but rather the first outcrops of the red rock. I don’t have any photos of Valley of Fire this year, but Imagine nothing but the red rock and blue sky for miles. 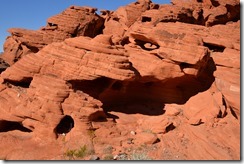 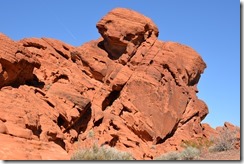 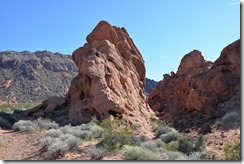 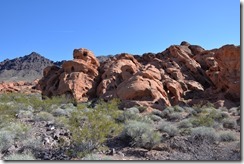 I was reading through posts on Instagram and made a comment on someone who was near Valley of Fire. That comment received a follower, and a new Facebook page for me to follow – RV to Freedom. AND! we met the people connected to it. They posted on my comment and said they were at Stewart's Point as well and when the sun rose look to the north. There they were parked down the road from us.
Now back to the best topic around, the weather. Again it was horrid. This is usually where we end up getting our first sun burns, sunscreen or not. No worries this year. It was so cold and windy we just bundled up in our trailer and kept thinking how it had to get better! The view was lovely and quite deceiving. We have excellent phone service here though, and Ivan graciously shred his unlimited Wi-Fi. And again, other than wanting to walk around a bit and get some exercise, the weather wasn’t preventing that much from happening, as nothing much “happens” any way.  LOL
We made a trip to Vegas for some supplies - a stop at Costco and Target because why not.
We also went to Las Vegas Wetlands Trail for a hike. Umm, poor hike. First no wetlands really, and poorly marked trail. But at least we stretched our legs and had a bit of sunshine. The pictures may look better than my description. 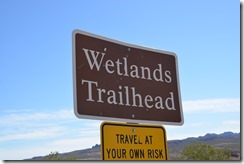 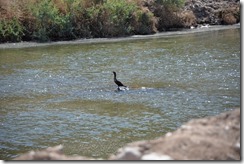 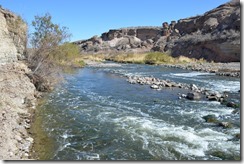 After a week here we agreed it was time to move on. Our next stop – another magical boondocking spot, this one by Laughlin. Stay tuned.
Posted by Don and Donna at 1:08 PM