After Yuma it was time to move on, but where?  Lindsay and the boys are joining us in Lake Havasu next week and we needed an in between until then.  We have driven through, by and around Parker but never stopped there.  It is an appealing area because of the river and the green growth due to that.  I don’t dislike the desert, but I find it tedious sometimes.  Camping near water always makes it more enjoyable for us, and on those hot dry days just adds a nicer touch.

We stayed at La Paz County Park.  We have such a problem spending the big bucks at RV parks, so if we aren’t boondocking our next choice is always a municipal park or a state park.  Some state parks are getting pricey as well but those are typically in areas where the RV parks are astronomical.  We love to drive and explore, not just park and sit, and choose to spend our money on fuel rather than camp sites.  We have worked hard at making our fifth wheel comfortable without dependent on hook ups, so life boondocking is totally comfortable.

Parker was a great place to take a break in.  We spent pretty casual days but one especially fun day was watching the speed boat races on the Colorado River. 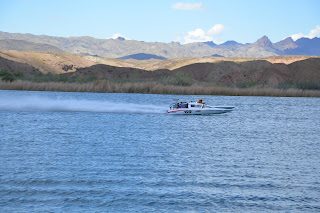 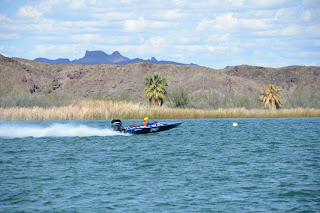 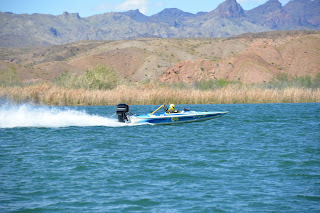 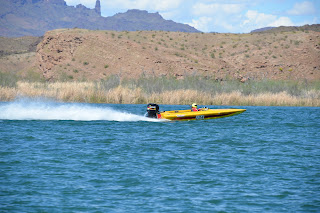 Now we just have to rest up for the boys' visit!!