We decided our next stop would be the Lewis and Clark Trail State Park near Dayton WA. Sometimes I like to keep Don on his toes and this was one of those days. I researched this park, and was excited to find full services.  State parks are so much more affordable than our Alberta parks that full services aren't even a luxury. I tried to access reservations to at least see what the availability was, but the site was not working for me.

Looking forward to dumping, filling and plugging in (it was cold now), we were puzzled as we drove around the small campground and could find no serviced sites. Now readers familiar with state parks may not be as surprised as I was to find there are at least 6 state parks with that name!  UGH So no services in this one. Thankfully we are very conservative with our plumbing and water, and there was no concern over un-serviced sites.  We found a comfy place to slide into and settled in.

Our time here was spent on a drive to Kennewick and walking the small town of Dayton. I don't often post about restaurants unless it's Mo's Seafood and Chowder.  And you just have to post about Mo's!!  But we stopped at what looked like a little informal diner in Dayton called Manila Bay Café. This was so much more than a café! Locally owned and operated by a friendly family, the food was AMAZING and the atmosphere astounding. It was like a real date night. LOL So you have to suffer through a photo.  Of my beer.  haha 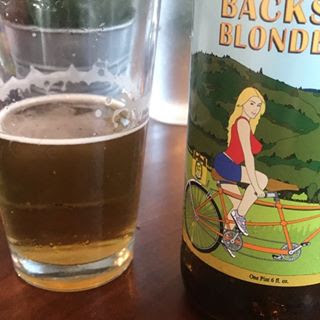 We did a day drive to Kennewick after resolving that we would buy a Little Buddy heater.  These are common amongst our RV friends, and especially boondockers. We are spending more and more time boondocking, and although we like the warmer days, we also appreciate the cool nights.  But that means cold mornings, and the furnace uses about 6.5 amps per hour (yes Don has that figured out). So using another heat source is the best way to conserve batteries!

Anyway, we visited several stores looking for a price close to what we saw online.  Walmart was the winner at $69.99. Some stores were as high as $129.99 for the same product! The first morning we used it I was in heaven. LOL I am so easy to please!

We also took a full circle drive east from our campsite to Kennewick, then north and east. We found Palouse State Park and wanted to see what the camping there was like.

We were about halfway to Palouse Falls when I had a life changing experience. As we were driving along highway 261 a sign appeared for Starbuck!! I take that as a sign in many ways. The coffee of my dreams had a town named after it?! Of course as it turns out this little town, population 129, was named after some railroad guy, and there was no Starbucks. 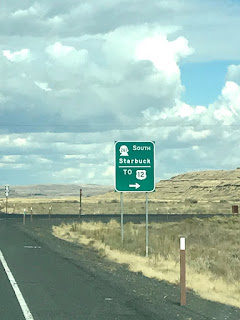 The state park was a bit odd. We never did see any camping as advertised, but we did discover Palouse Falls and have a chance to walk a bit and capture some photos! The stunning views made up for any disappointing drives we had recently taken. 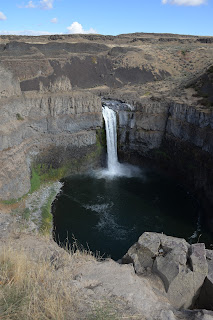 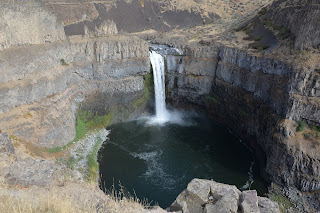 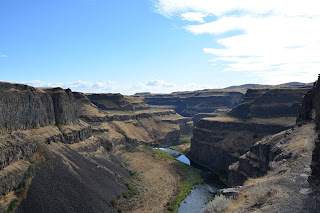 So that about sums up our stay in the Dayton area! Next stop is an old favorite we've already been to this year...