So our next place to rest the trailer was Galveston Island State Park. There was a choice of bay side or beach side, and as we were growing a tad weary of the wind, choose the bay side. It was a good choice, as the sites were well spaced and still backed on to a large lake, so the views weren't compromised.

Our goals for exploring on this stop were the areas surrounding Galveston and Houston, and of course the cities themselves. The weather forecast for Monday was rain so that was a great day for a city visit. Our adventures in urban settings always start best with just driving down the yellow streets. If you have a GPS you will understand that the yellow streets are the more main ones. You can veer off them and always go back, and in the end you see a lot of the city and the people. I had a couple of stores I wanted to hit up (big surprise I know), Costco being one of them. Sorry I didn't take a picture, this Costco was a 2 story building in the heart of downtown Houston!  Was rather odd, but interior wise the  same old reliable Costco we all know and love. I had googled a mall to visit as well, and for a change rather than being on the other side of town, it was just 3 blocks away.  By the time we finished those 2 stops we were both ready to make our escape. I was tired of shopping and Don knows when a good thing has happened.

We also took advantage of the weather to explore the streets of Galveston. This was one place where you could really see the effects of the 2008 hurricane. There would be rows of homes, some new, some renovated  and repaired, but amongst them would also be lots with driveways, sidewalks, and existing home pilings or stilts with the buildings all gone, and sale signs up. Or in the more dense downtown areas, boarded up, failing homes between newer reconstructed ones. Sadly some of the delicate ones had some windows uncovered, and people living in them. So as I say, from afar a community that appeared to have survived unscathed, but looking in and seeing that the ravages were still being felt.

Another day led us to more rural exploring. A ferry ride led us to wandering country highways, and a glimpse into some industrial areas. Look what was crossing the road: 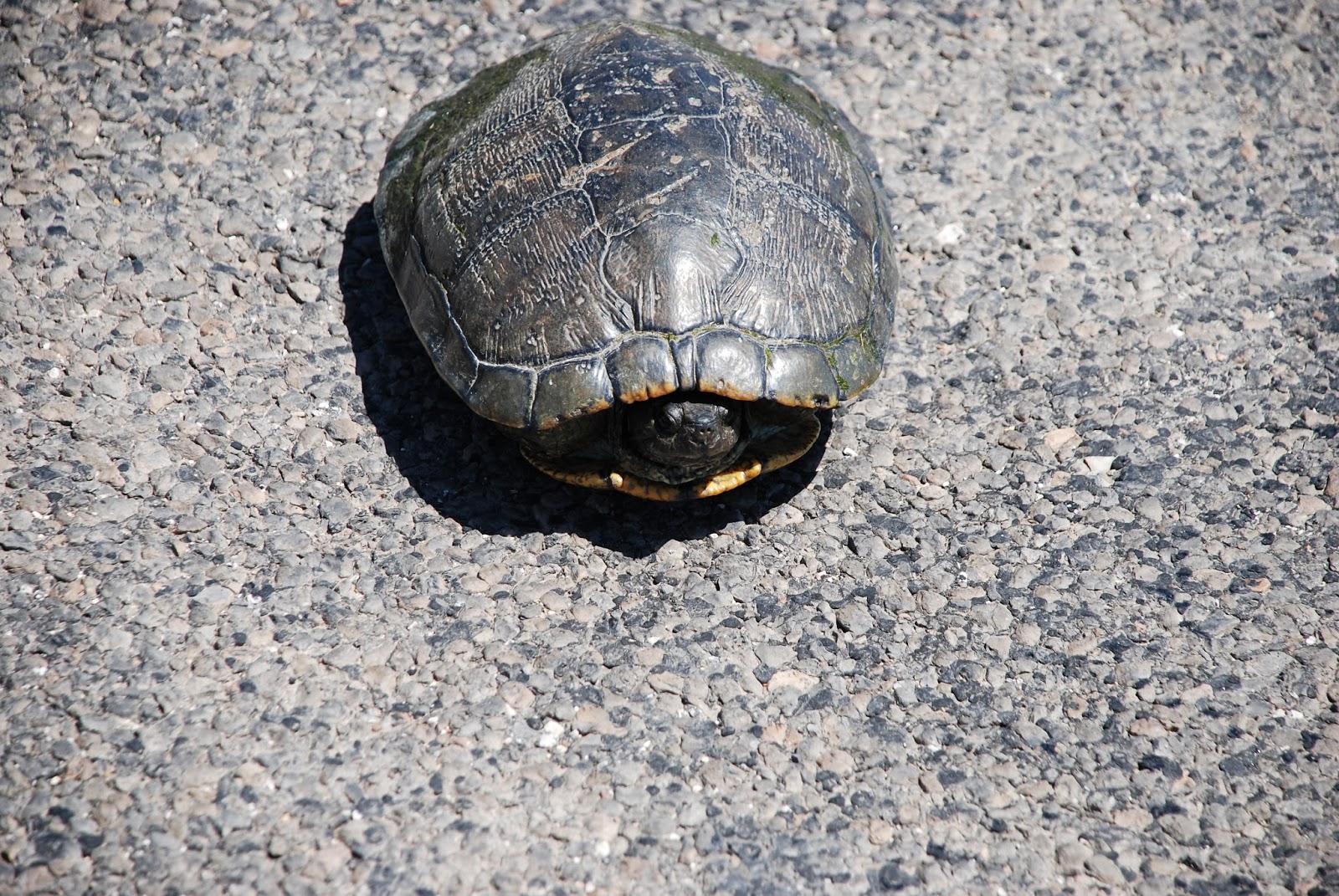 He popped his head out a bit, and as we were leaving we saw him extend it and continue his journey to the other side. You would think I could find a joke about a turtle crossing the road, but I can't.

We also found the houses and buildings interesting.  For most of the Gulf of Mexico coastline we followed, the buildings were typically built on stilts. 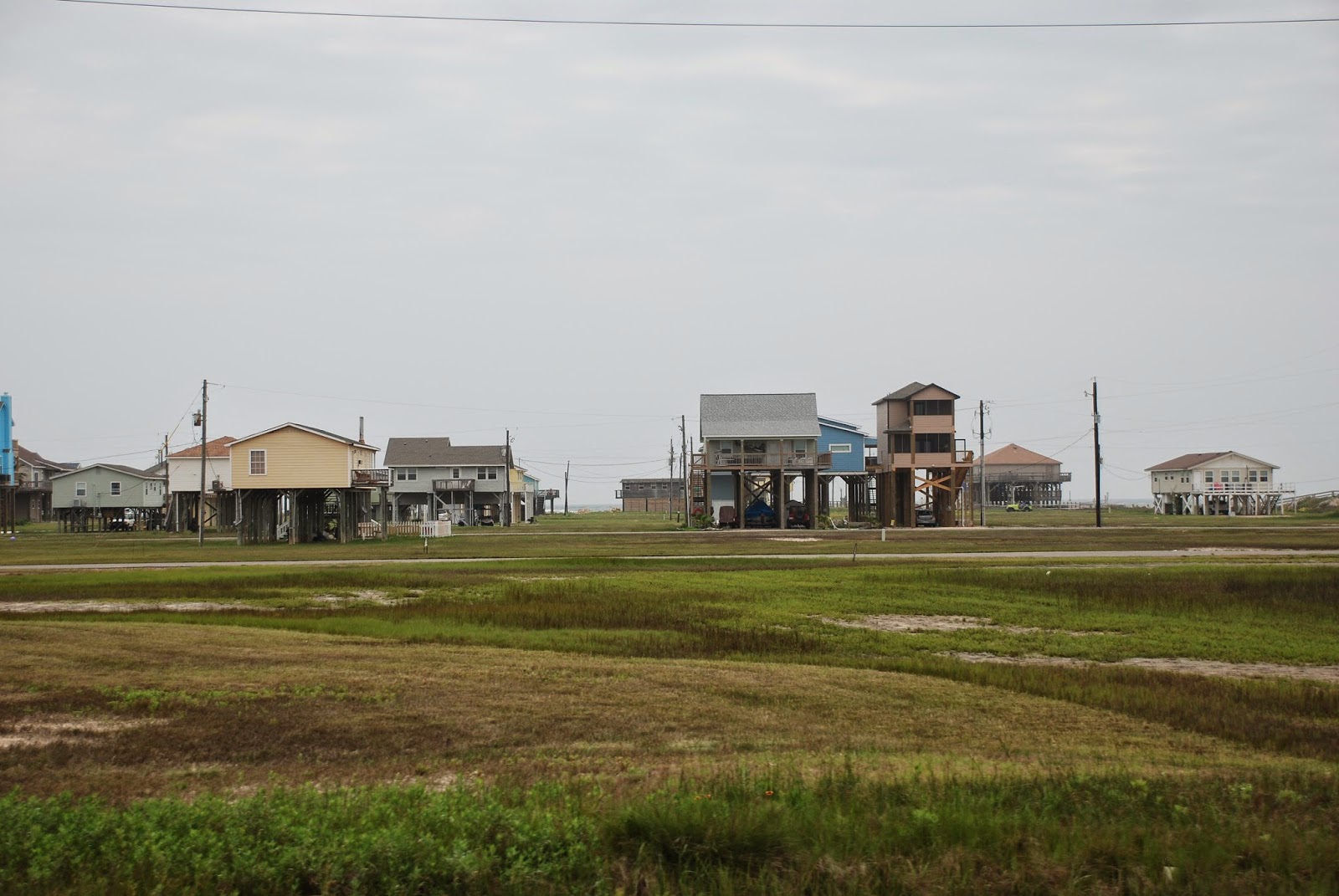 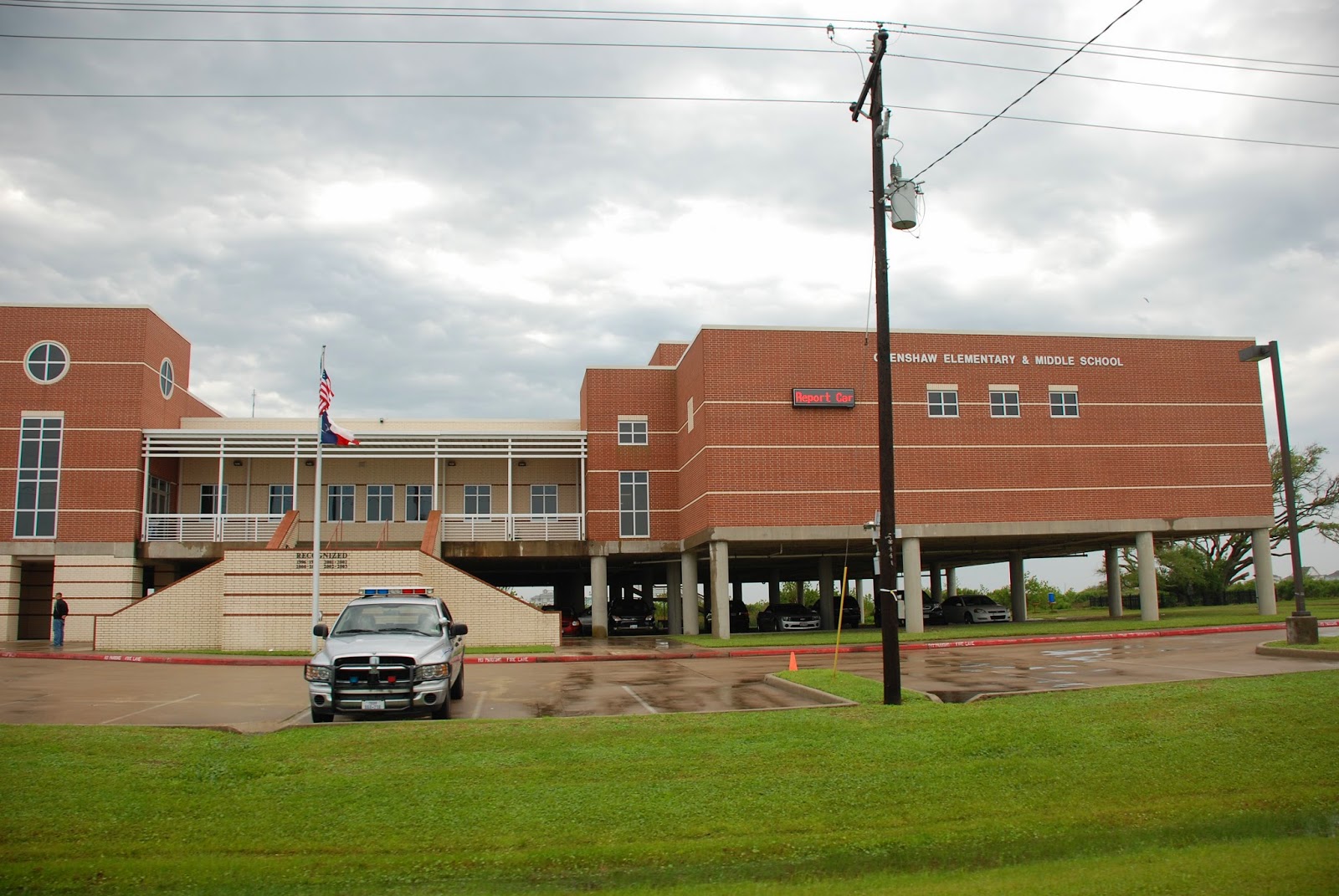 We took a day and did really nothing as well. The beach was wonderful for walking, and again achieving our steps was easy. We took advantage of a less windy day to sit outside with a beverage, and chat with the neighbors, which led to a late night visit. I was excited about company and made cupcakes for our tea time, but the icing was unique! Love to cook but that baking drives me nuts!

So that's our stop in Galveston. Glen Campbell was right about sea winds blowing, but not a stop we would want to miss. And also our last ocean walk this trip.
Posted by Don and Donna at 9:22 AM