This state park is near the White Sands National Monument, which is how we picked it. It is also near Alamogordo, which is a fairly large city with a Starbucks, which may have influenced me a bit.

We stayed here 5 nights, and entertained ourselves by exploring, going to Satrbucks (LOL), a trip to El Paso TX, and visiting the White Sands Monument. Don and I also got a hike in at the nearby Three Rivers Petroglyph National Recreation Site. On Tuesday I had a Co-op meeting for the afternoon, Don went to town to wash the truck and locate a level switch for the Smiths, and the Smiths left for our next destination and a campground hunt.

I have one photo below of the city of Ciudad Juarez Mexico, as seen from the interstate. I remember the first time we were here and saw the buildings. I pondered why all of a sudden the buildings were in a mash of disorder and so many different colors, before realizing they were in another country.

Our visit to El Paso turned into an urban trip of Costco, an outlet mall stop, a visit to Starbucks and off we went home.

The remainder of the photos are form the Petroglyph site, and although the writings may not be mesmerizing, I thought Don’s photos were well worth a few looks. It was a relatively easy hike, but the coolest part was unlike other hikes to petroglyphs, this one took you through the rocks, right to the etchings.

White Sands was amazing and well worth the trip, so it has it’s own post! 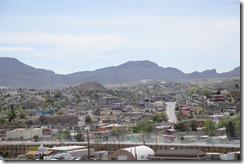 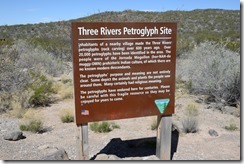 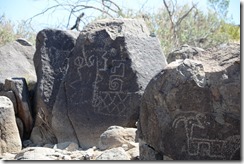 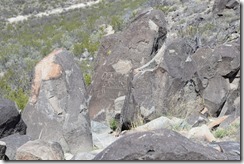 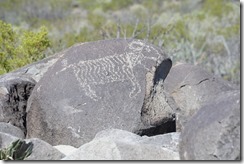 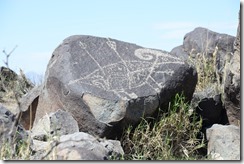 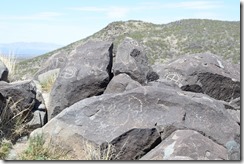 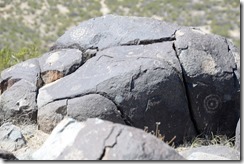 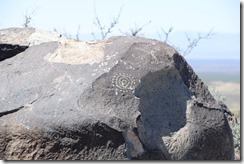