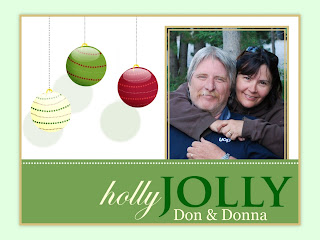 Posted by Don and Donna at 7:47 PM No comments:

How exciting to report we have another grandchild!  Reese Peyton Anne was born on November 19, 2010 at 11:38 p.m.  She was 19” long and weighed 7 pounds, 1 ounce.  She has a full head of dark hair just like her siblings and is just beautiful!  I have been so lucky to be able to spend a lot of time with them.  I have gone to Blake’s school with them, Em’s play time, etc.  Welcome Reese to our family!  Blake and Em have been amazing with Reese.  They are so gentle and caring, and Blake is playing a superb big brother role.  He even assists with breakfast for Em now that Cal is back to work.  Visit their family blog for updates.
A highlight of December so far is Lindsay coming for a week`s visit.  She was able to spend a lot of time with Tracy and the kids, as well as fitting in some shopping/visiting with me.  In mid November Jeremy was travelling for work so I went back to Fort McMurray with Lindsay for a few days.  I really wanted to see their house since they had repainted it to new fresh gray tones.  It is stunning!  I liked the gray color so much I painted our home office the same.
It has been so long since I wrote anything.  .Although we have been busy it is mostly day to day activities of a household and family.  I have done nothing this first half of winter except home repairs and cleaning.  It is embarrassing how much there was to do when on a normal day I would say my house was clean.  I have also spent an enormous amount of time cleaning storage rooms and closets.  I cannot believe the garbage men continue to stop at our place, I would groan if I were them.  As well I have painted the office (a beautiful gray shade), painted and repaired walls, and re-caulked the stairs.  Don put new lights in the basement too.  I wanted to get the ceiling tiles and wall panels painted down there but another month maybe.
On the employment side I have not had success to date.  That isn’t as sad as it sounds as I applied for and interviewed for one position I didn’t get.  I am now in the process of a second interview for a different job and will write about it if I am offered and accept it.  I am trying to be cautious about accepting any position before weighing its pros and cons and being sure of what I am doing.  This particular one is a term contract, ending spring of 2012.  Which of course coincides quite nicely with Don’s hopeful departure.
So we are ready for Christmas and plans are all made.  I will touch base soon again with Christmas photos.  Meanwhile here is the new star of the family, Reese.

Posted by Don and Donna at 6:34 AM No comments: