That is Connor and Mason’s spring break.  LOL  But the title may have drawn other readers in!
Lindsay and the boys joined us in Lake Havasu for a week.  When we were planning this part of the trip, we were excited to stay at Lake Havasu State Park. Camping right on the beach would be a daily adventure for the boys.  Get up, have breakfast and head to the sand.  It did kind of go that way, but it was sooooo HOT.  By about 10:00 am the sun had us as warm as we wanted to be.
We had quite a few adventures this week.  We took the boys to see the burros at historic Oatman.  Did you know the story about the burros?  They were used in mining times, and when the mines shut down they were just released to roam.  I’m sure they are in many places in those hills, but a group of them live on the streets of Oatman.  I tried to explain this corny little community to Lindsay but I’m sure she would agree that seeing was believing.  Mason’s eyes got so big when he saw them and actually realized they were right there on the streets and you could walk up to pet them and feed them!  It seemed Connor was a bit more hesitant.  But “donkeys on the street?” was heard a few times.
We slipped in a day of shopping in Bullhead City as well.  The boys were promised a Lego figure at Target, and we were hoping for a truck nap for them.  Success at all levels!  Lindsay and I love Target, so sad isn’t it?
On another day we took the boat across the river to the Havasu Landing Casino and Restaurant in California.  I know it seems like an odd trip for two little boys, but the boat ride was an exciting trip, and lunch out was also a hit!  At $2 a ride it was an nice excursion.
The rest of our days were spent playing lego, trucks in the sand and gravel depending on the sun, and a visit to a flea market.
It was so great to have them visit us.  Maybe a taste of how it could go if we stayed away from home in the future for longer times? 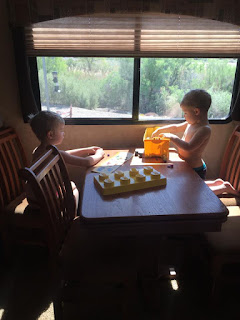 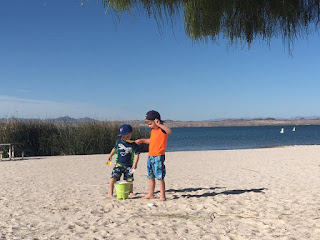 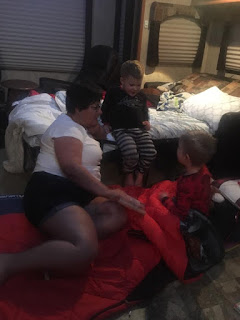 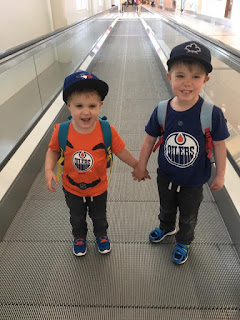 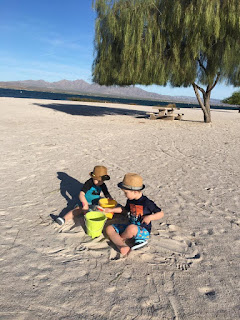 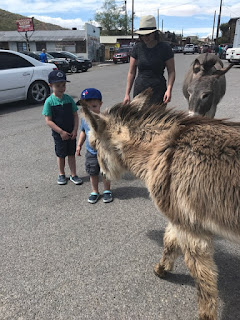 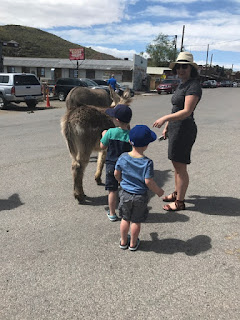 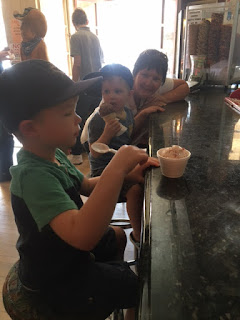 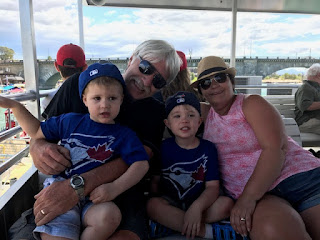 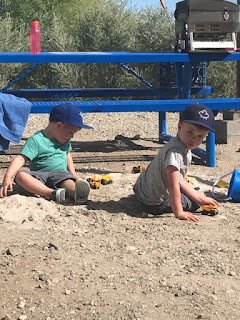 The day that we took them back to the Las Vegas airport, Ken and Brenda joined us in Vegas for the day.  We walked, ate and shopped our way through the day.  They had not been to Vegas so it was a quick intro to Freemont Street and the Strip!

And that concludes our time in Lake Havasu!  Wonderful as always.
Posted by Don and Donna at 7:53 PM