Touching Base with my Roots

This is my sick sense of humour. How many people know that at one time in my very innocent youth my family was Mormon?  I don't have many details and so I'll leave it at that. Just wanted you to know this next stop was Salt Lake City.

It seems to be a habit now to stop at Utah Lake State Park for a few nights before we make the serious rush to Alberta. The weather here is usually about the same at home, or as in this case, a bit colder. It has also been somewhat rainy. But will full hookups allowing the fireplace and the coffee pot for nonstop essentials, it is still a great place. The campground has numerous walking opportunities with large jetties to explore, as well as miles of walking on the Provo River Walkway. We spent our day with a slow morning, then a visit to a couple of stores. Don needed a part for his Trimble GPS and we hoped Monsen Engineering would have it. They are the Trimble  dealers in Utah and carry many used parts and equipment. They did indeed have the parts needed, and we also viewed some used equipment. The items were priced right, but not with the Canadian dollar exchange, so we left with a small purchase. One unique area at the store though was a display of Trimble GPS's through the times. It was comical to see a few that Don has used locked up in the display case, and one that his peer Dave still uses. Sometimes a company makes a good product you can't beat. 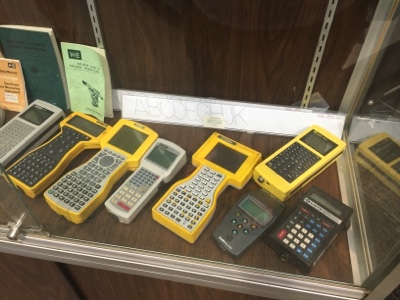 I made one last stop at one of my favorite American stores, and that was the day. Downtown SLC has such a combination of old and new. Always an interesting drive. 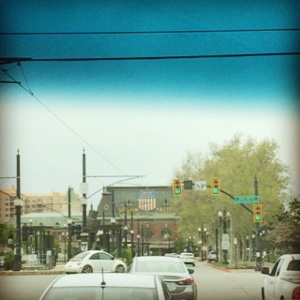 That morning when we woke up it was to sunshine and warmth. We fit in a long walk before lunch and actually got our steps in. We had cases out a coffee shop on the bike trail for the next morning, but when we woke up it was to rain. We're no fools and knew that was our cue to pull up camp and continue home. Only a day sooner than planned, which is not too bad for us.
We will see where the next couple of nights take us, but with home in our eyes, it won't be long.
Posted by Don and Donna at 7:23 PM