This post could be called many things, a favorite, an old friend, a scenic stop. It's Stewart's Point on Lake Mead. We were first introduced to this boondocking spot by Ivan. Our first foray into boondocking. True boondocking at its finest. We've done a lot of dry camping over the years in managed campgrounds without services. In fact last year in the Moab adventures we boondocked on BLM land but it still an organized campground with a charge. And this year we boondocked by Sedona. But the difference here is the tranquility and removal from highways and people. There were of course other boondockers but the terrain and distance made them hard to find. A glimpse of a rooftop or an antennae peaking out, or the glow of a fire or evening lights alerted you to neighbours. Don has read blogs recently where people thought Stewart's Point was closed to camping. This is not the case. The only signs you need to heed are the BLM signage. And this one is pretty clear. It's quite clear there is no problem staying here. 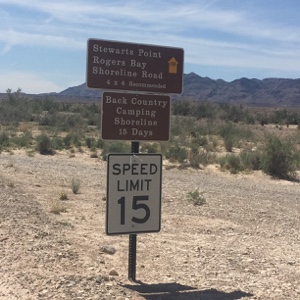 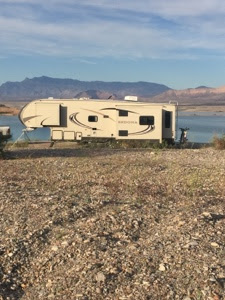 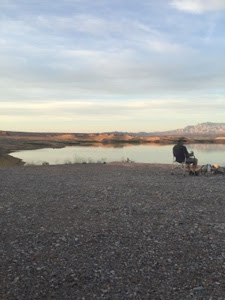 I've developed a deep curiosity about Stewart's Point. In fact my imagination has gone overtime developing stories about the cabins that remain here and the people who belong to them. I'm going to have to do some major googling about this area and dedicate a blog to it. For now I don't have any photos to share with you of those cabins.
A few years ago when we first stayed here Ivan showed us a unique rock garden area. We wondered around until we found it again and we're pleased to see further development. As I've said, this took some talent as well as a time on your hands! 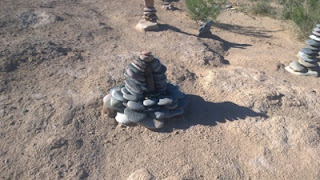 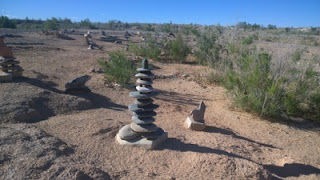 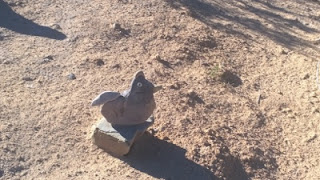 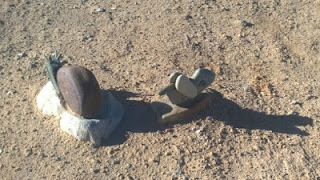 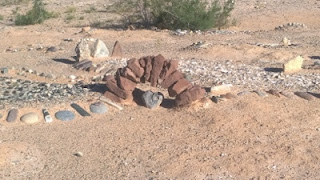 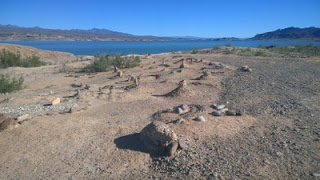 We were here just over a week and awed with our boondocking abilities. The solar panels provided more watts than we would ever need. We've even discovered we can run the microwave, which we did not do, but the fact that we can appealed to the geek in us. We left with no empty fresh water tanks and no full black or gray tanks so that equals success.
We took it pretty easy during this stay, but admittedly more due to weather than ambition. We had hoped to do some hikes within the Valley of Fire but the temperatures in the mid 30's and winds in even higher blowing patterns deterred us. Instead we explored by truck, taking in our favorite haunts such as Las Vegas' Freemont Street, Overton McDonalds for wifi and the various state parks and beaches along lake Mead (Echo and Callvile Beaches). We discovered Mesquite, meaning looking around and acknowledging that it is a rather large community with many amenities and services other than casinos.
And we travelled the Extraterrestrial Highway, the borders Area 51, a United States Air Force range. 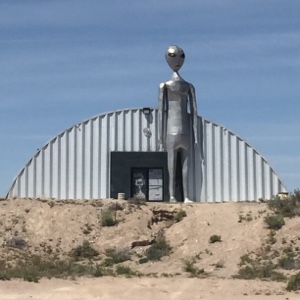 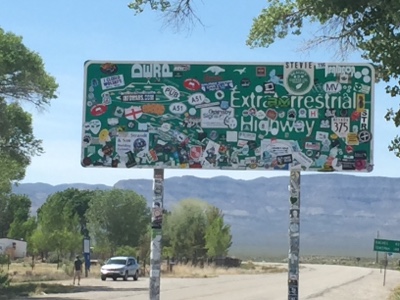 As always whether it's the tourists or entrepreneurial locals, this highway has become a "site not to miss". And as we often find quite frankly just odd. LOL
There was one day that we planned in visiting the Hoover Dam, but this time in a new way. We discovered the Historical Railway Trail which follows the railway of the US Government Rail during construction of the Hoover Dam. The trail ends at the Hoover Dam and Visitor Centre and is approximately 12 km return. The trail is gravel all the way, gentle sloping, and follows through 5 tunnels. It was a great day and wonderful to finally put some muscle to use. I added one picture of Las Vegas Marina as viewed from the trail. 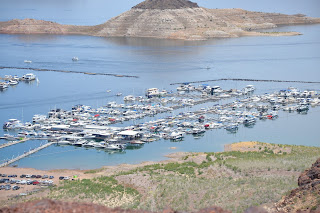 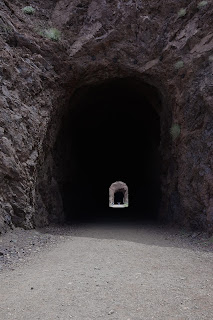 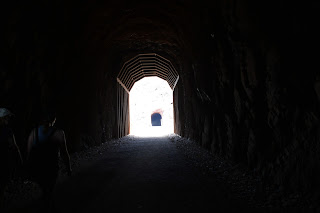 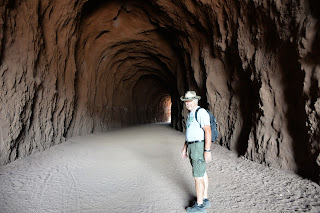 As always Stewarts Point was a wonderful stop regardless of the strong winds and hot temperatures. Always a return destination!
Posted by Don and Donna at 7:21 PM