Apparently There is Nothing that Cannot Happen Today

That is an Mark Twain quote for those of you who don't recognize it, and could really be the title of the blog. Don is a fan of Mark Twain and I will often hear him with a quote or two. I think his favorite is "The coldest winter I ever spent was a summer in San Francisco".  We've been there several times and I must admit, it's never been hot.

Early in our trip we had determined a bit of a path to follow after our Texas experience was complete. Considering factors like days left, the weather around us, highways we discovered, and our general frame of mind, we still need to focus on the trip home and what is left we could or want to see, and the route that entails. Having perused some options, we decided that a short venture into Louisiana was due. Lafayette seemed like a great choice, as the highway we would eventually head north on ran through. I was on a business call with a client (yes I work, and no you don't hear much about it) when we pulled into Lafayette, and as we had agreed to the local KOA, Don pulled in, registered and set us up. Typically KOA is our last choice but in this case it just felt right. It was a lovely choice, as the wifi was strong, the laundry facilities were clean, and the city was central to a lot of adventure exploring!

So off to Baton Rouge we head!  I'm not the only one in this gig that has places on wish lists. Don wanted to see the Mississippi River, and so we did. Just off the interstate was a Riverwalk that gave us not only an excuse to walk, but also an opportunity to observe the ships on the river, and spend some time pondering the way it used to be, and still is, a port to sea. We also took time to sit and enjoy a local beverage and culinary delights. Meaning a cold Coors and some more deep fried seafood. The beer really deletes my desire for more walking, so we headed home for the day. 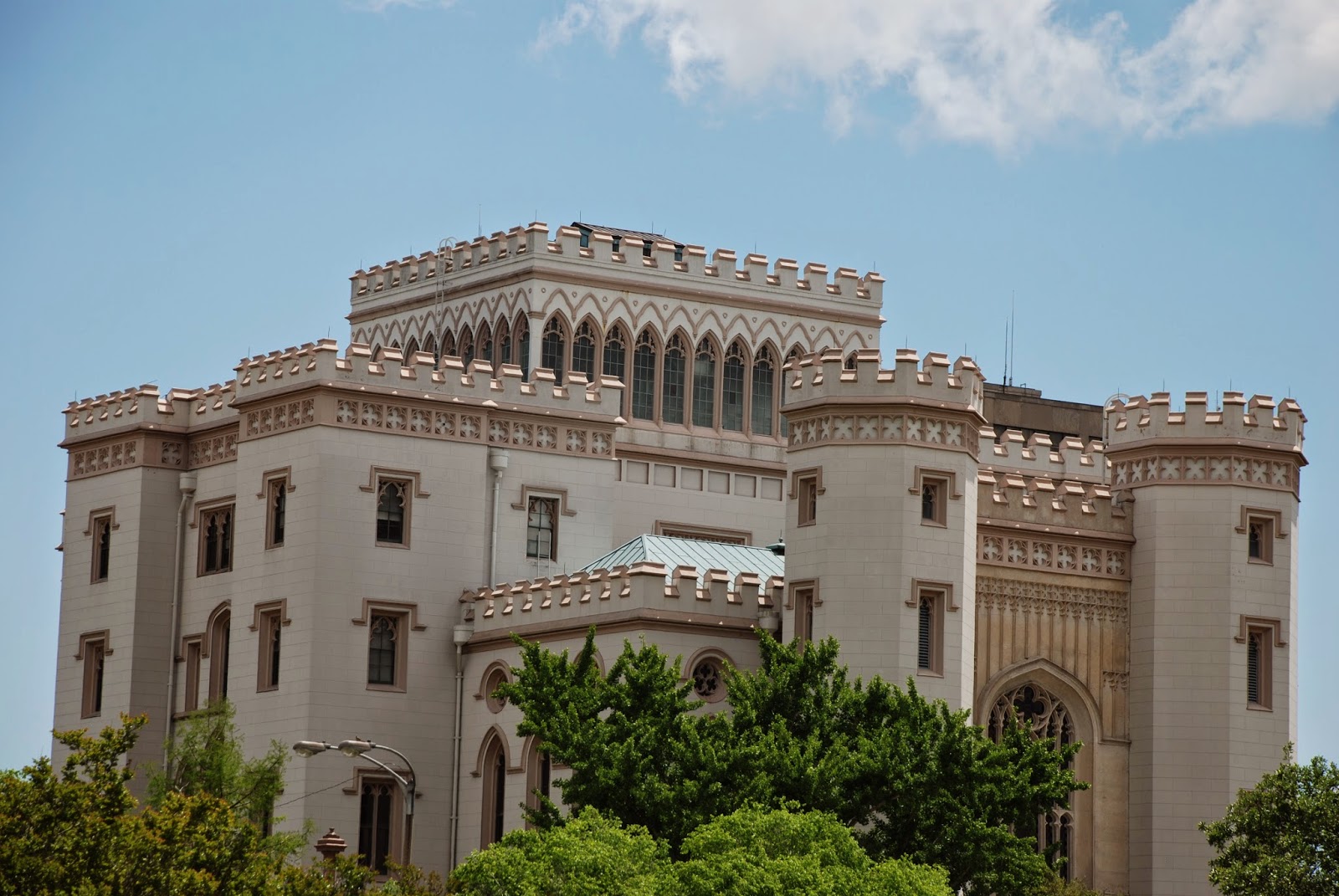 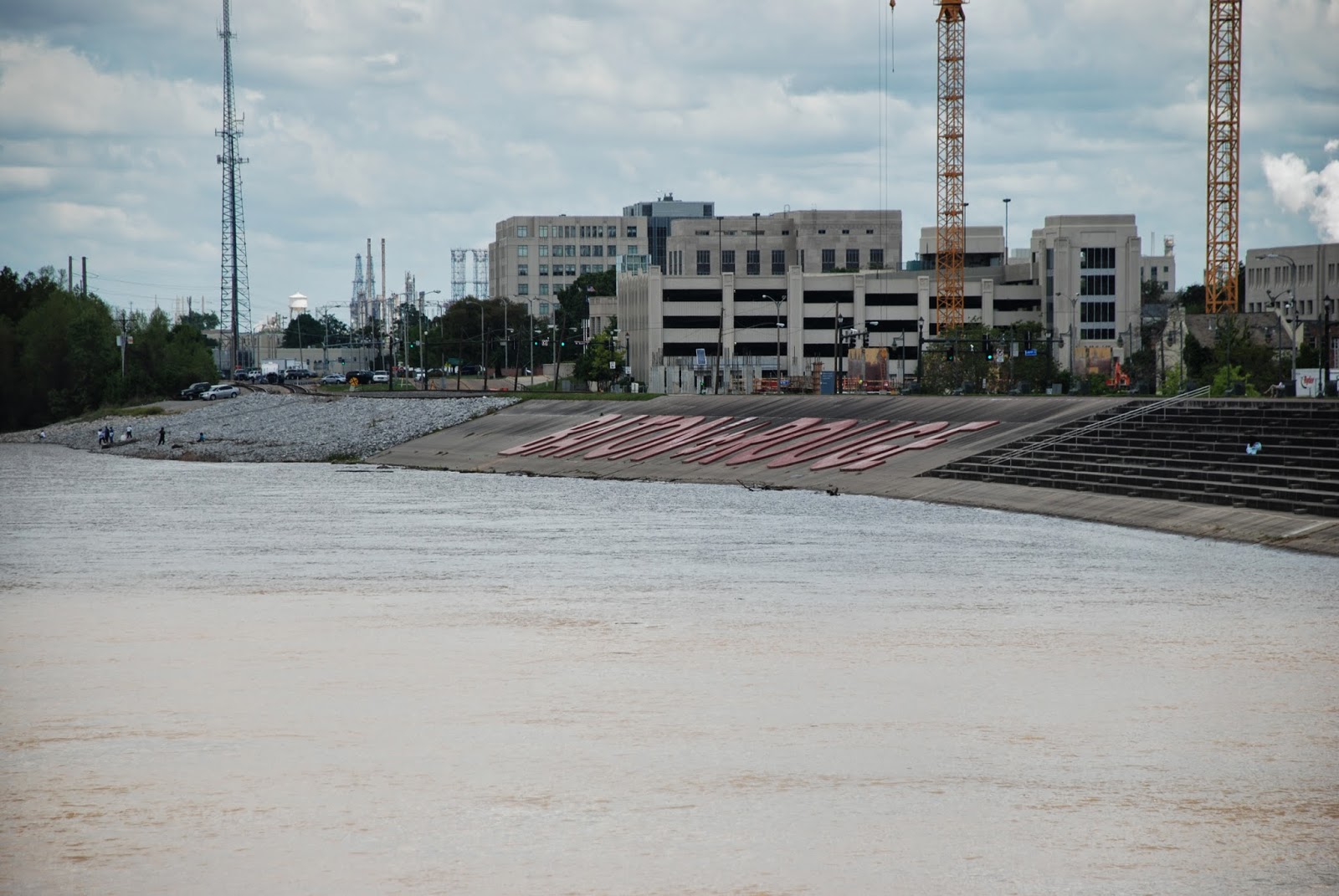 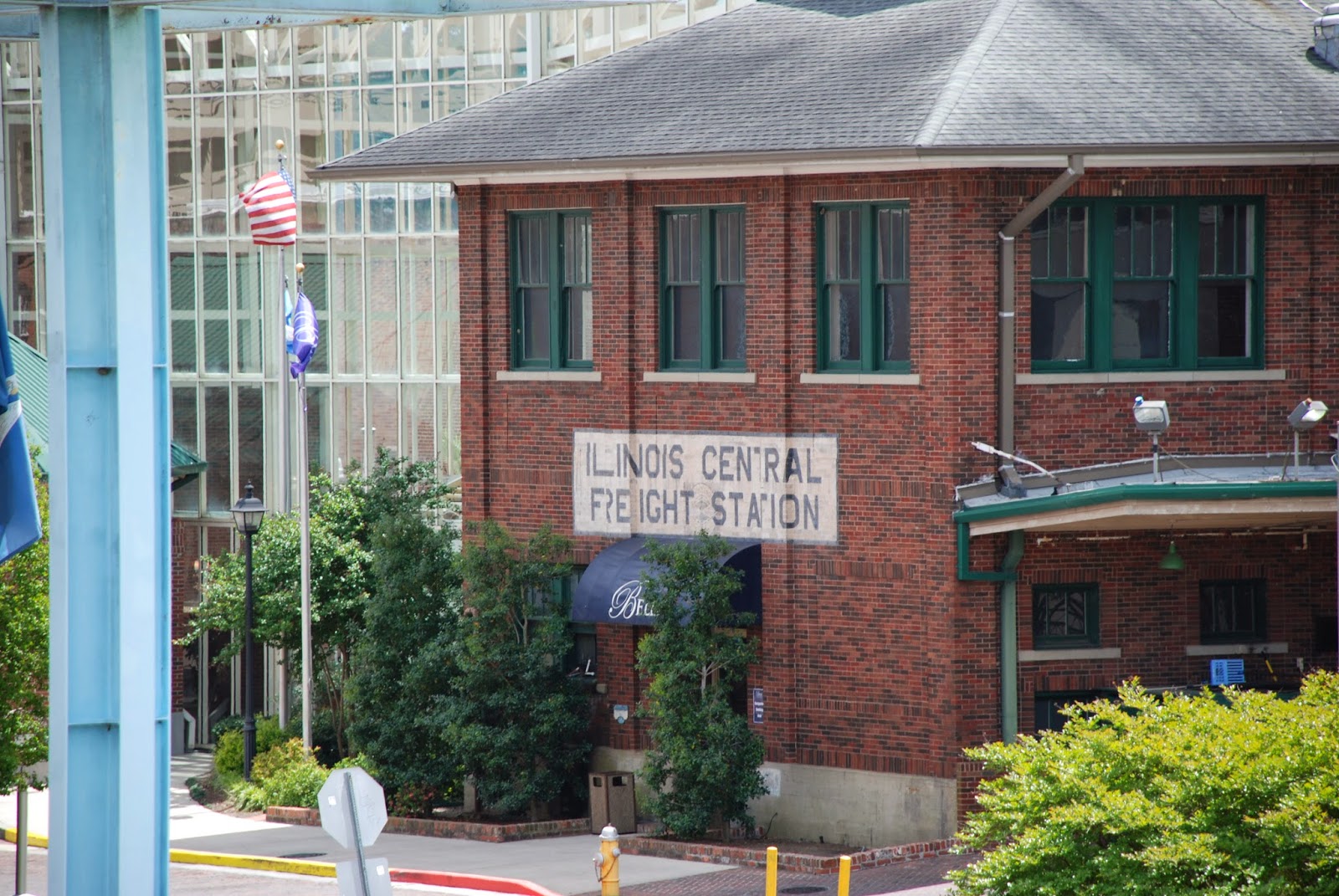 Something I've been meaning to talk about was the lack of oil industry, or what appeared to be. This stop and discovery tours around Lafayette has assuaged that concern. There are so many offices, industrial yards and references to both on shore and off shore drilling around here.  The familiar names of National Oilwell Services, Baker Hughes, etc were all around. And billboards seeking staff everywhere.  With billboards as an HR tactic,  please tell me unemployment figures in the trades aren't high. Besides these international companies, we also saw many pump jacks, containers, plants and drilling and service rigs. So yup - there is oil here!

The last few weeks have involved quite a heavy Yahtzee competition in our household, and I'm on a successful roll right now. I always feel Don ends up a bit further ahead of the game, but lately not so. Although if you recall last year I did a tally of the previous 2 years of scores and a win/loss summary, and we we were even. Some other non interesting facts about life?  I have kept up my weight training exercises throughout the holiday, and although I sometimes think I'm making no progress, I know better. Muscle growth doesn't lie. Our steps have been ok, not spectacular, but still on target. And poor Don has a case of gout. Only in one toe so far. We cut out the seafood and saw overnight improvement, so hopefully diet control will be the answer. In our estimation we ate fresh seafood 7 days in a row, so not the wise set choice!  I have a few client projects I'm working on as well. So daily life speeds by!

You would think Don gets a bit tired of a Driving Miss Donna, and every now and then I still get a surprise, or more than I expected or asked for. Of course he knew I would love to see New Orleans, and I didn't nag (honest), but as we set out on our adventure on Saturday, the GPS was set for there. I should not have been surprised as the previous day we had passed Illinois Central. That's a song reference for all the Willie fans out there. 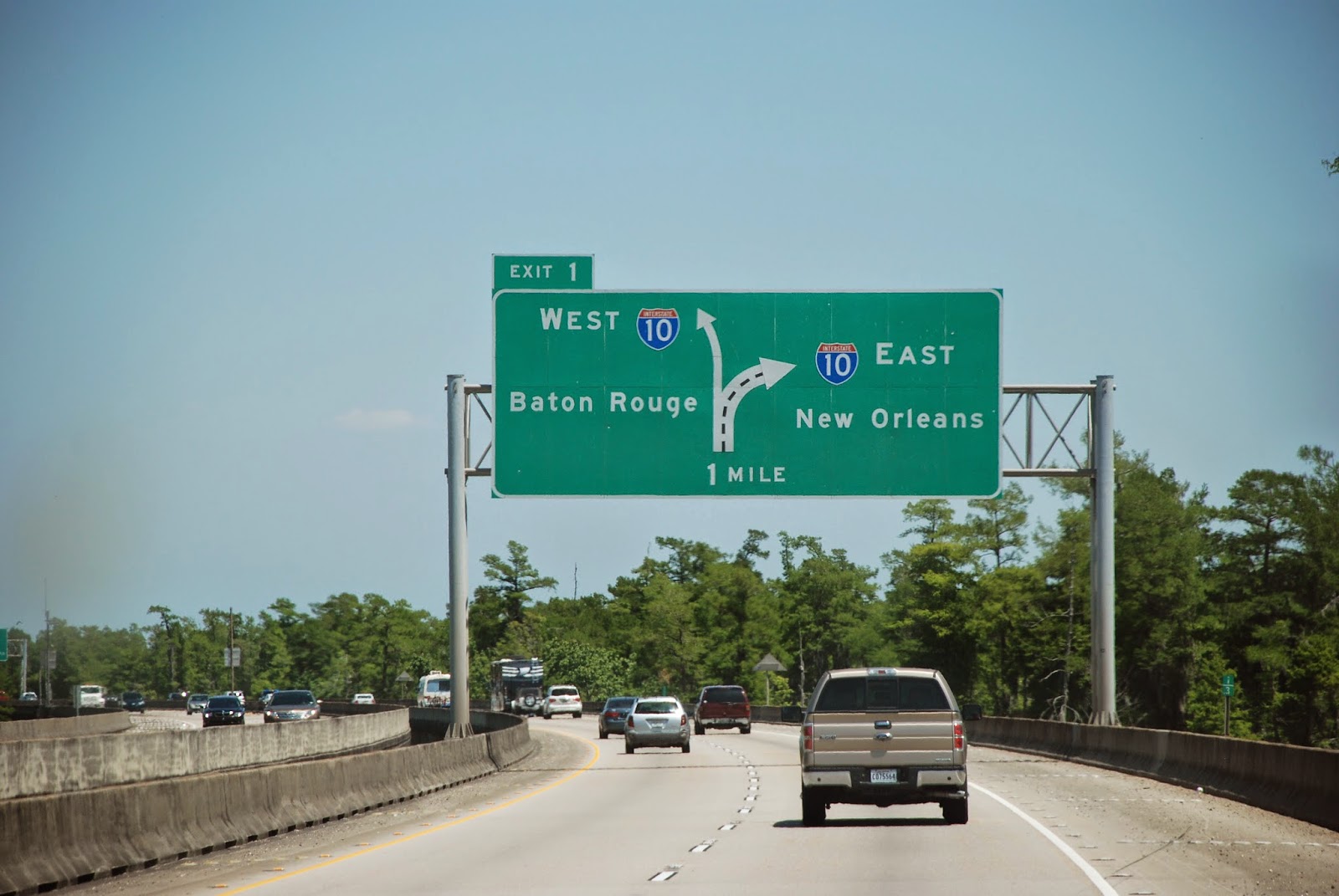 Never did I dream we would get there this trip, but Louisiana is a smaller state than expected, and a 2 hour drive is not far for us. We took the scenic route getting there, and the interstate back.
Don saw what he hoped to (the Superdome where evacuees were sheltered during the hurricane), and we wandered the streets of the French Quarter including Bourbon Street, and I purchased my prized possession, a New Orleans Starbucks mug. That's 3 new ones this trip. We picked a photo of a quiet street, but trust me they were very busy, loud and frankly dirty. And you will see I picked out a new bike.  I wish I was more of an author, and could find the words to describe to vibrancy, yet despondency, of many areas we have observed. No different in many ways of other tourist locations in America, where you see wealth and materialism as neighbors to the economically disadvantaged.  And still, streets full of people like ourselves, fortunate to be living what was once a dream, exploring the everyday of others. 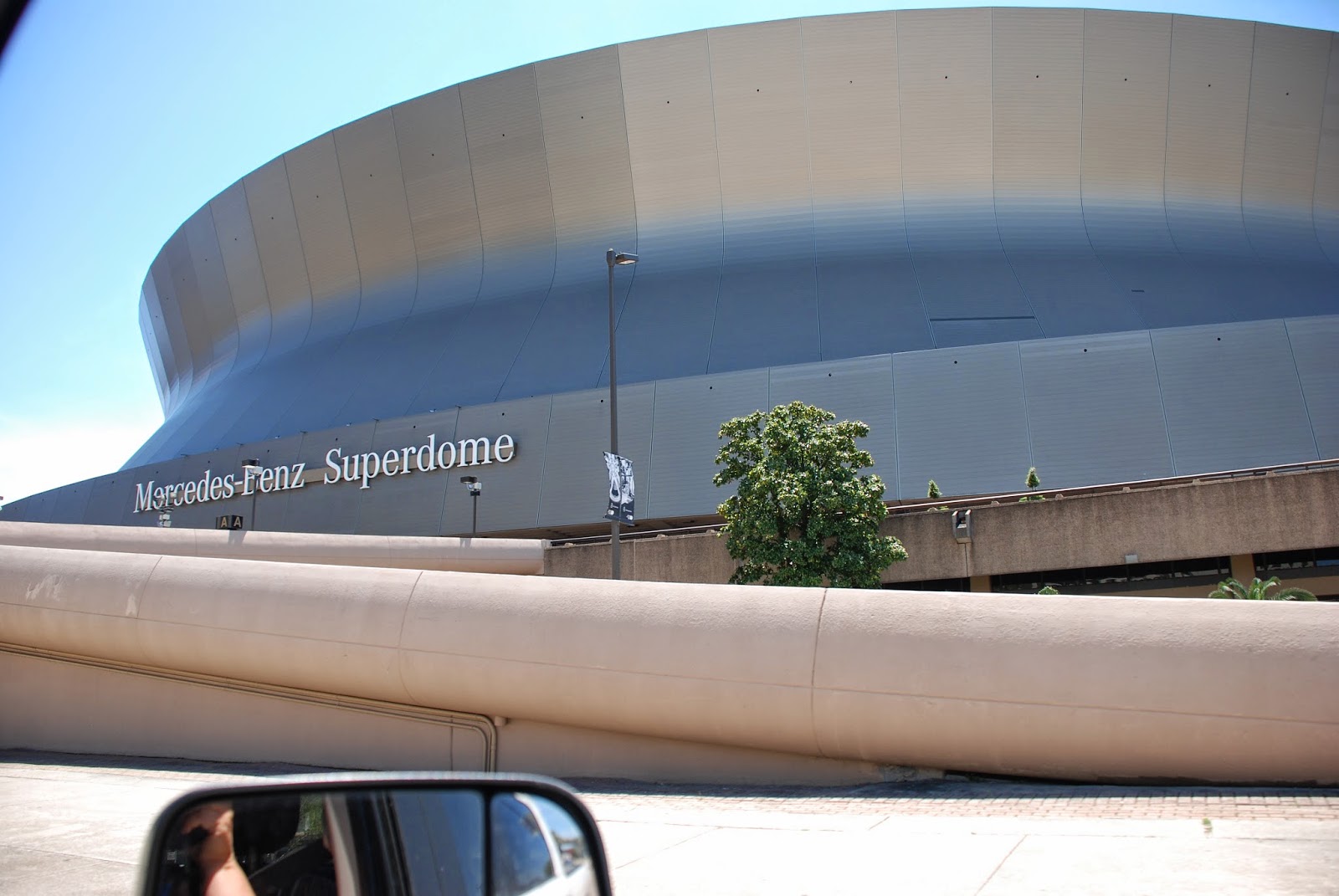 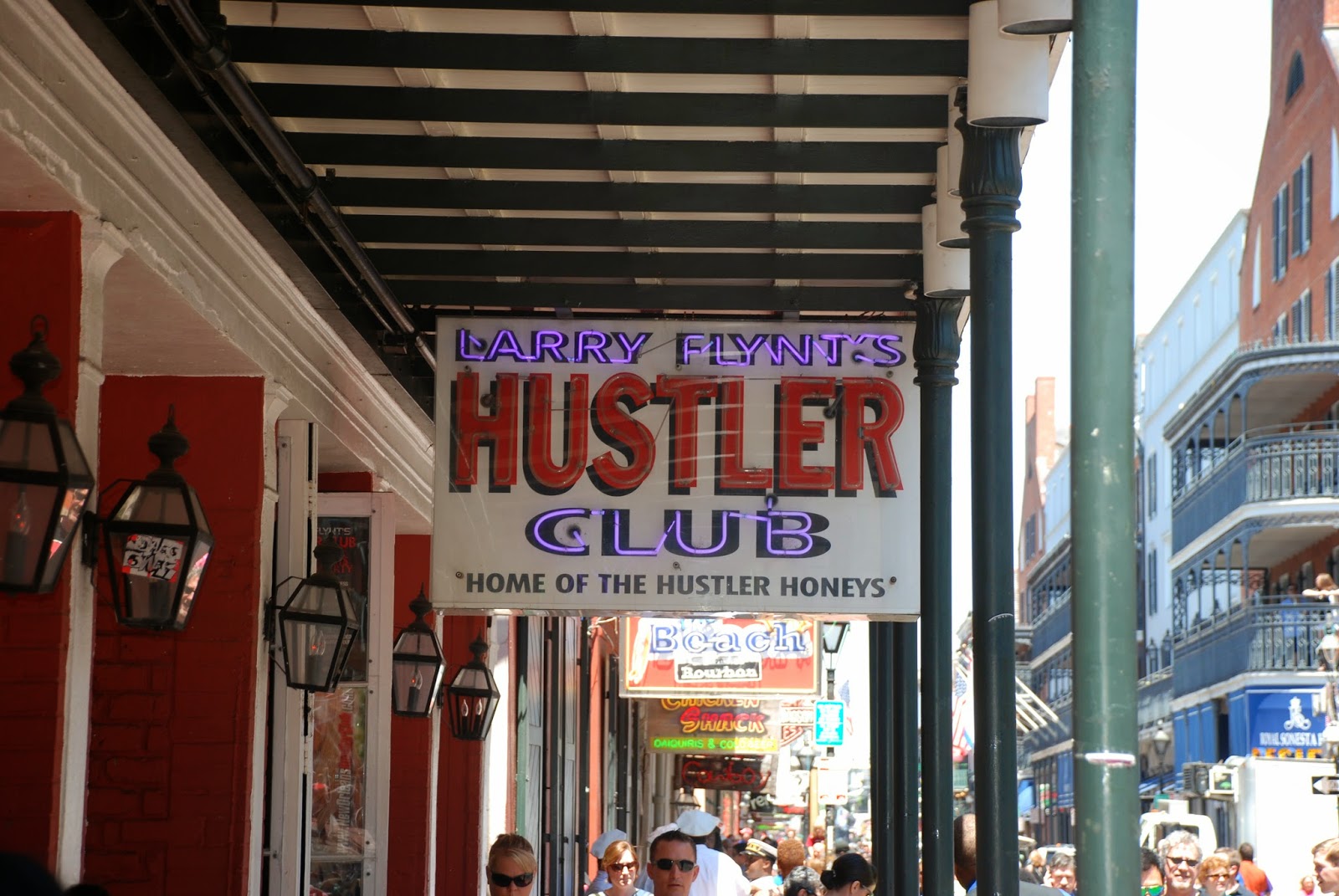 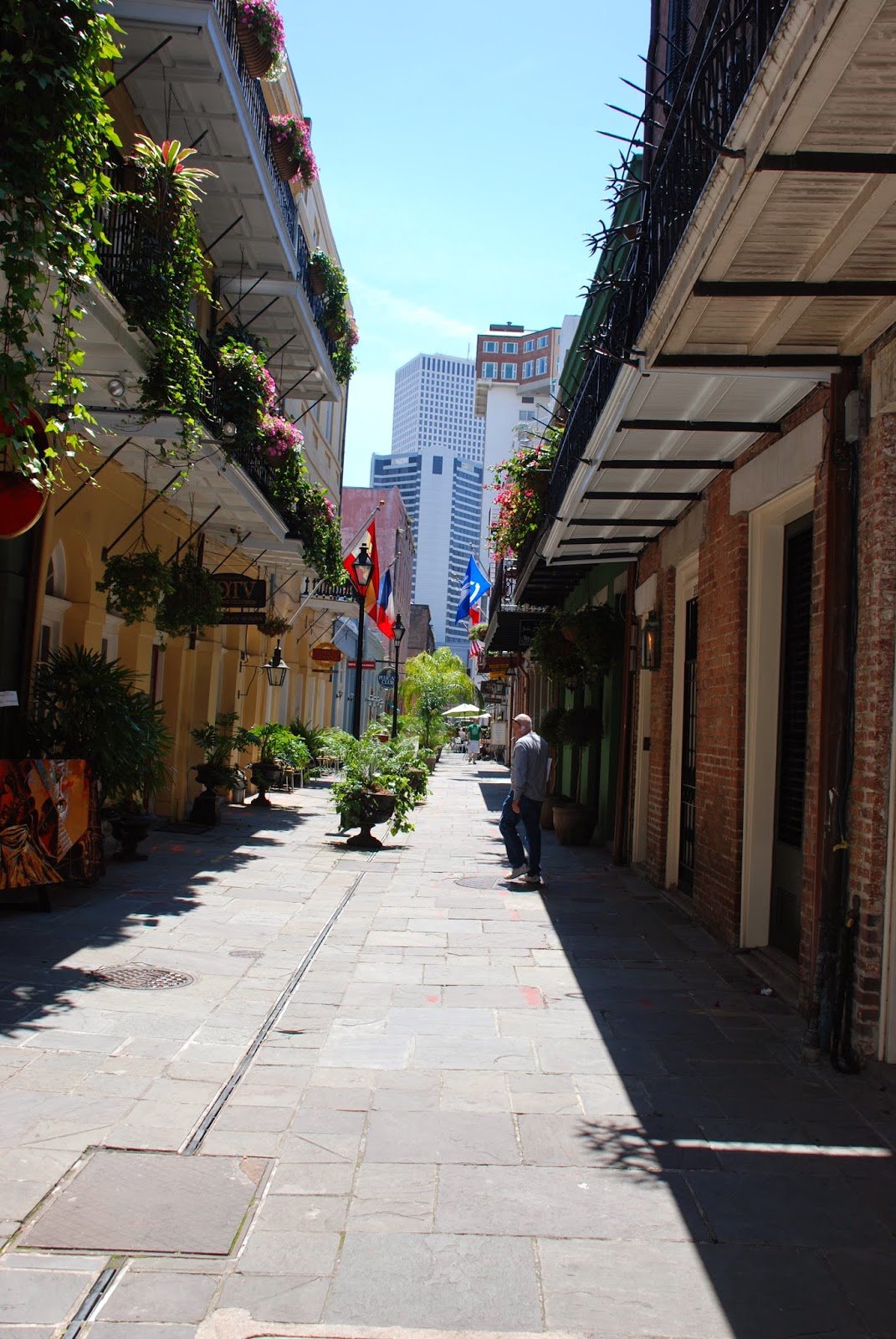 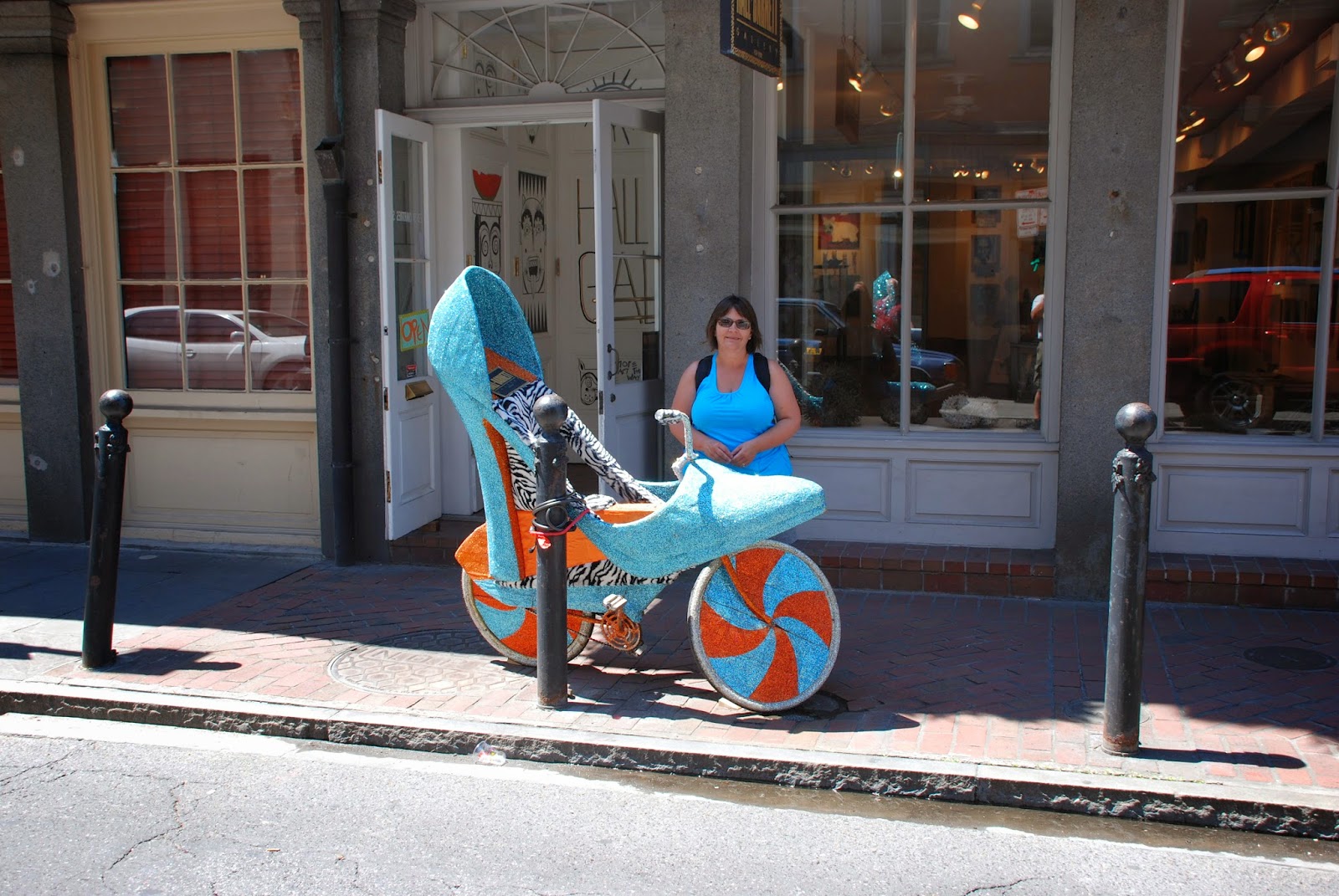 It was an absolute day to treasure, and made this stop in Lafayette another chapter in our book of life...
Posted by Don and Donna at 9:54 AM